Boasting a wonderful history and culture, India is a country with a huge amount to offer travellers. In fact, the sheer level of things you can see can, at first, be a little overwhelming. Presuming you want to see the best of the best, though, it’s worth focusing on the country’s UNESCO World Heritage sites.

That said, there are plenty of these to choose from too! We’ve picked out three of our favourites and have laid out a few details about them below. And for those of you interested in visiting them on an organised tour of India (something that’s really worthwhile if you’re keen to have the best experience possible), you can see how they fit into various itineraries at TransIndus. 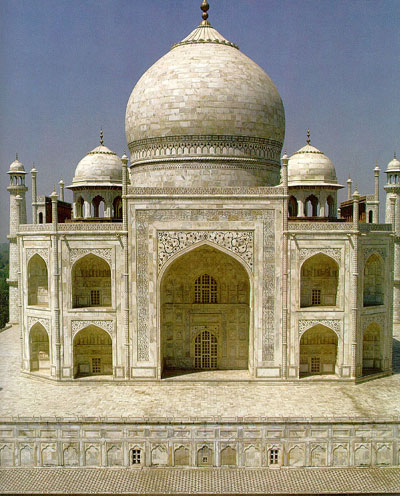 Where else would we start? The Taj Mahal is India’s shining star, its most famous architectural wonder – and the attraction that many tourists come here specifically to see. Located in Agra, this hauntingly beautiful mausoleum was built back in the 16th century by Mughal emperor Shah Jahan, who ordered its construction in honour of his favourite wife, Mumtaz Mahal.

Set in around 17 hectares of picturesque grounds, the building is considered to be one of the finest examples of Muslim art in India, as well as having a universal appeal – so it’s little wonder it holds UNESCO World Heritage status. It’s particularly famous for its symmetry, which you can’t help but admire, and its near-hypnotic combination of solids and space, light and shadow, and beautiful relief work.

Remember to take some time to explore the grounds too, because these are lovely in their own right.

Next on our list is the Ellora Caves, which are in Maharashtra. This UNESCO World Heritage Site is an absolutely magical place to visit if you want to delve into the culture of ancient India, with the caves offering an insight into the life – and religious tolerance – of the Middle Ages.

You see, these caves are remarkable not only because they feature 34 monasteries and temples, as well as up to 1,000 monuments, dug into the wall of a basalt cliff, but also because they show Buddhist, Hindu and Jain sanctuaries built side by side.

The structures are spread over approximately 2 km, and are renowned for their beautiful architecture, reliefs and sculptures. The Buddhist creations appear to be the oldest, dating back to between 600 and 800, while the Jain are the youngest, having been constructed between 800 and 1000.

Last on our list is the Red Fort Complex, which is in the capital, Delhi. Dating back to 1546, this spectacular series of buildings is one of the most impressive Mughal structures in India, and it was so groundbreaking that it went on to inspire a host of other buildings across the country – so you can see why it’s so unmissable.

This palace-fort was named after the red sandstone walls that enclose it. Inside, you’ll find pavilions and private apartments, as well as halls and beautiful gardens. The most famous parts of it are the Rang Mahal, which also known as Imtiyaz Mahal, and the Diwan-i-Khas.

As a quick tip, if you can visit in the evening it’s well worth doing so, since this is when impressive son-et-lumiere shows are held. In addition to being spectacular, these tell you all about the history of the Mughal Empire in India.